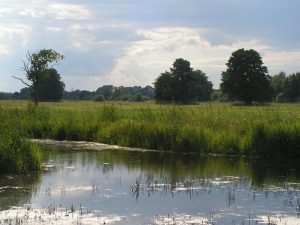 The special-purpose association was founded on 6 November 1991 by the former districts Haldensleben and Kloetze as well as by the WWF Germany.

Today, in addition to the WWF after several local administration structural reforms, the district Altmarkkreis Salzwedel and the district Boerde are members of the Association.

Originally founded to implement the Droemling/Saxony-Anhalt Large-Scale Nature Conservation Project as part of the federal promotion program for representative areas, the Association looks after and develops more than 4,000 hectares of grassland as well as forest and water areas in the Droemling from the nature conservation point of view.